Breathe in, breathe out

By founding hej studio, Brini Fetz managed to perfectly merge her passions for food and design. With locations in Bregenz and Copenhagen, she combines the advantages of both places: the open, curious Danish culture and the "maker spirit" of the Vorarlbergers.

You could say she has a nose for good ideas. When Brini considered her options after finishing her training at Vienna’s "die Graphische" school, she stumbled across the ideal Master's programme in Denmark at the Copenhagen Business School: Management of Creative Business Processes. Once there, she quickly found kindred spirits in four other young students with a common passion - cooking and baking.

The future entrepreneurs first presented and road-tested their homemade creations in cosy coffee meetings at the uni. The interest of their fellow students was piqued by the first pop-up events and over the years the project developed into a real company - and an extremely successful one. By the end of their studies, the female quintet had built up a small empire. They were hired by companies for special events, as well as by food companies for marketing and branding services.

“In Scandinavia, people have a different attitude to the weather. You just accept that it's cold and windy sometimes.”

The planned two-year stint in Copenhagen gradually turned into eight. In the process, Brini got to grips with not only the Danish language, but also the timeless local pastime of ice swimming. Such cold-water swimming endeavours are increasingly becoming a trend, even in more southern countries. Some manage it with special breathing techniques, but Brini Fetz needs no such thing; for her, immersing herself in cold water is a pure thrill, and one she can no longer do without.

"In Scandinavia, people have a different attitude to the weather. You just accept that it's cold and windy sometimes, but you don't let that stop you from going out. There are many studies on ice swimming, but simply put, the ice-cold water puts the body on alert so it releases adrenaline and endorphins - everything that makes you happy. It automatically draws blood to the centre of the body to protect the important organs. That's why you get really warm when you're outside again. The blood vessels get a workout and it's good for the skin and the immune system - you feel refreshed, as well as being proud that you've done it. If you're healthy, anyone can do it," she reports. She rarely puts her head underwater though, and wouldn't recommend it if you're just starting out.

In a way, it was winter swimming that helped bring Brini back to Vorarlberg - as their heyday for food events in Denmark drew to a close, the five young women were drawn in different directions. Brini specialised in food branding and founded hej studio in Bregenz in 2020. She shares the studio space in Bregenz city centre with other creatives and entrepreneurs to promote creativity, community and networking.

She is happy to answer why she came back to Vorarlberg: "I have to say quite honestly that I was longing for home again, for the peace and nature here. To be able to live in a region like this - in the middle of the interplay of mighty mountains and the expanse of Lake Constance - feels like a huge luxury. Before work, you can quickly climb up the Pfänder, take the cable-car down then jump into the lake on your way back - where else can you do that?! But I also like the mentality here, the can-do pragmatism. That, coupled with a curious and open mindset brought from the north, provides a fertile base for everything we do at hej studio."

The timing of her return was ideal: just before the pandemic when everything went digital. "Suddenly it didn't matter whether I was physically in Bregenz or Copenhagen." Brini still commutes regularly to Copenhagen to serve her clients there.

Looking to the future, the young designer also sees herself in a hosting role one day: "I was 19 years old when I went abroad for the first extended trip. My parents picked me up at the station and on the way home to Eichenberg, the Rhine Valley and the Alps opened up in front of me as the sun set over Lake Constance. At that moment, I truly understood what kind of region we live in - a place where others go on holiday. I could well imagine having a small bed & breakfast myself one day. Maybe somewhere up the Pfänder. I would then welcome my friends from all over the world there. That's an idea I've had in mind for a long time, because I love being a host and showing my visitors, with some pride, how fine we have it here and how you can enjoy life in Vorarlberg."

When autumn comes, Brini starts ice swimming in Lake Constance. The Austrian side is freely accessible everywhere, and along the “pipeline” between Bregenz and Lochau a wonderful swimming section with jetties offers the perfect place for getting into the cold water.

Similar to how the Copenhagen pop-up events started, Brini started gathering like-minded people from her circle of acquaintances. Just in time for the end of the summer season at the lake, the ice swimmers usually meet once a week and get used to the increasingly colder water as Lake Constance cools down. In February, the lake usually reaches its coolest temperature of around four degrees. Experienced swimmers manage several minutes in the water, others only a few seconds - but everyone is rewarded with the incredible thrill afterwards.

This winter, too, the jetty is considered an unofficial Sunday meeting place. "With winter swimming, everyone is responsible for themselves," says Brini. "But anyone who would like to have this communal experience is welcome. It's best not to think about it too long - just get into the water, and calmly breathe in, breathe out."

Find out more about Brini Fetz and her work: 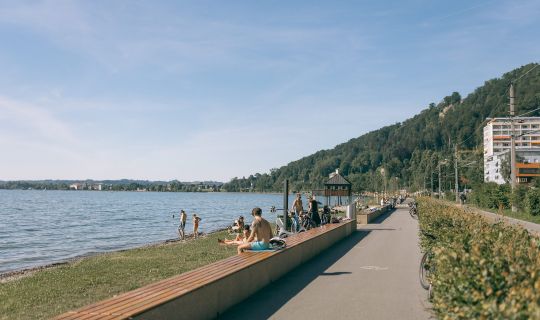 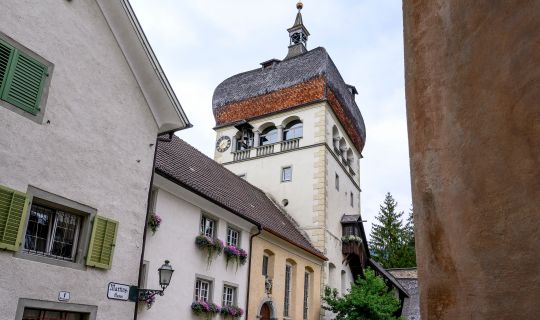 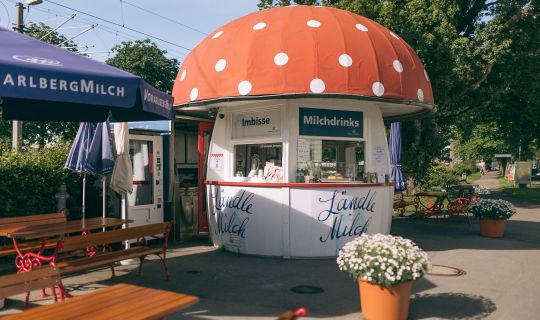 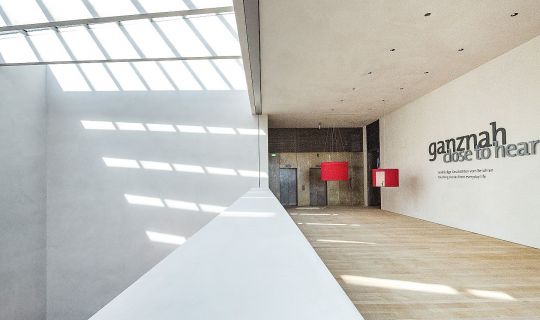 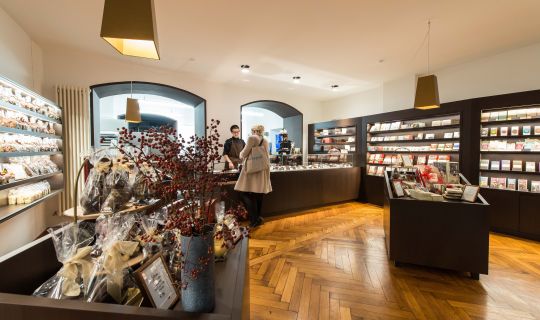 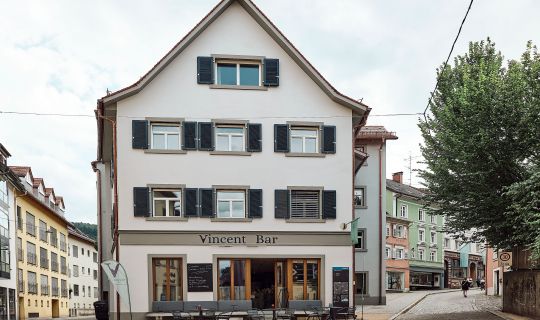