On the Mehrerau Lake Constance Trail

ALONG THE SHORES OF LAKE CONSTANCE, THE TRAIL PASSES NOTEWORTHY BUILDINGS AND MAGNIFICENT SCENERY. IN THE WARM SEASON, THERE ARE PLENTY OF BEAUTIFUL SPOTS TO TAKE A DIP.

BREGENZ FESTIVAL
The first Bregenz Festival was held in 1946. Back then, two gravel cranes served as a kind of “floating stage”, and Wolfgang Amadeus Mozart’s Bastien and Bastienne was performed. The festival was started by culture-loving citizens from Bregenz, and in the very first year they were able to win the Vienna Symphony Orchestra as the festival orchestra.
Today, the Bregenz Festival is the largest and most significant international festival in the Lake Constance area. Having undergone major reconstruction, the festival and congress hall impresses visitors with its eye-catching design and modern elegance. The best known venue is the floating lakeside stage, home to a new spectacular stage setting every other year. The Bregenz Festival programme is a blend of lakeside performances, operatic rarities, modern operetta, orchestral concerts, drama and the contemporary art series KAZ – Kunst aus der Zeit.

EMERGENCY NUMBERS:
140 alpine emergencies Austria
144 alpine emergencies Vorarlberg
112 Euro emergency call (if there is no reception at the site of the emergency, first switch off your mobile phone, and when switching it on again, immediately dial 112 or press the SOS button instead of entering the PIN code).
www.vorarlberg.travel/safety

Starting at the modern Bregenz festival hall, the route leads past the lakeside pool, across the Bilgeribach brook, to the marina. You will soon catch sight of the Cistercian monastery of Mehrerau to the left. The courtyard and the church, which was redesigned in the 1960s, are open to the public. Passing the marina, the trail runs through a lovely nature reserve to the estuary of the Bregenzerach. Close to the estuary, a former gravel pit, there is now a Natura 2000 nature reserve with meadows and lovely bathing sites. To return, take the same trail or city bus No. 2 which runs between Wocherhafen and the stops Stadion or Bahnhof.
Hint: A cycling trail runs parallel to this walking trail. 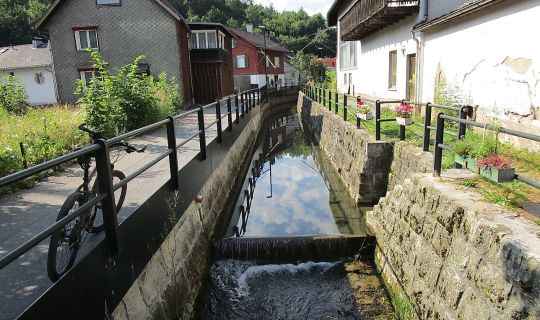 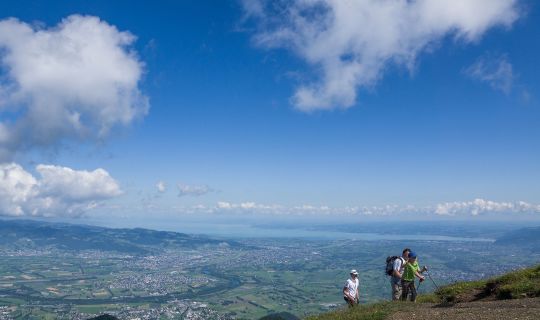 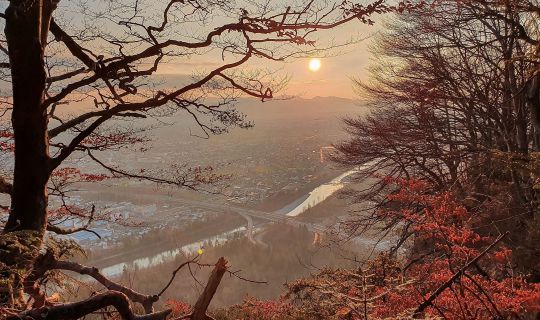 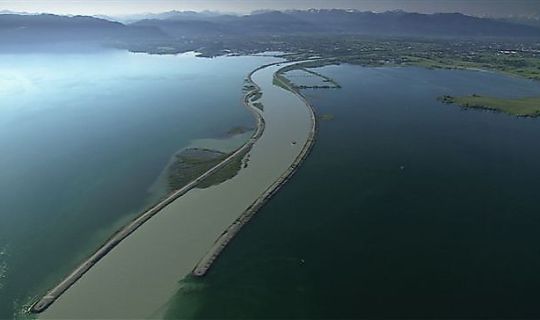