A moated castle, which was built around 1570 in the market town of Hard

This moated castle was built around 1570 in the headwaters area of the Dorfbach stream in Hard by Hans Christoph Schnabel von Schönstein. The moat surrounding the castle was not preserved, and only the western side wing with the lateral stair tower remains of the original overall complex. In the 17th century, the castle temporarily served as a monastery. In 1794, it became the birthplace of Vorarlberg's textile industry. Samuel Vogel, a factory owner from Alsace, set up a fabric printing works and in 1838 the site was acquired by the Swiss factory owner Melchior Jenny for the company Jenny & Schindler. The textile printing museum has been located at the Mittelweiherburg castle in Hard since 1997.

In the 19th century, the Mittelweiherburg castle suffered from two fires and bomb damage in 1945. After five years of restoration between 1957 and 1962, it became a local history museum and, from 1997, a textile printing museum. In addition to a local history collection, there are also exhibits on the technology of early form engraving and fabric hand printing, as well as the social history of industrialisation up to the 1930s. 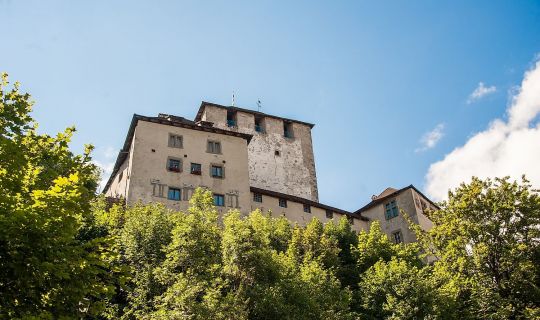 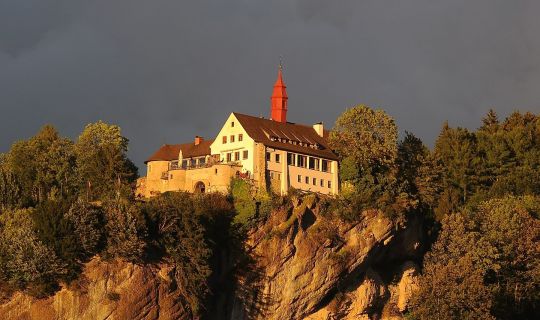