The history of the Gallus Church goes far back into the early Middle Ages - parts of the walls are late Roman and date back to the 5th century. It was first mentioned at the time of the foundation of the Mehrerau monastery, which took over the administration of the church for many years. Over the centuries it was extended, expanded and rebuilt several times: the walls of the imposing façade tower are Gothic, the dome and the lavish interior decoration are largely Baroque. To the left of the old church, a monument was erected in memory of the victims of the Second World War. If you look from the church towards Gebhardsberg, you will see the green dome of the former Gallusstift, which now houses the Vorarlberg State Library. Also in the field of vision is the villa of the Marienberg Dominican convent.Translated with www.DeepL.com/Translator (free version) 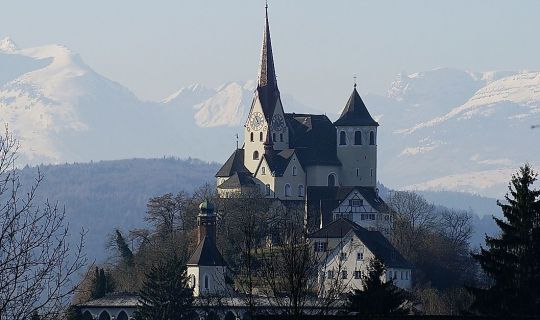 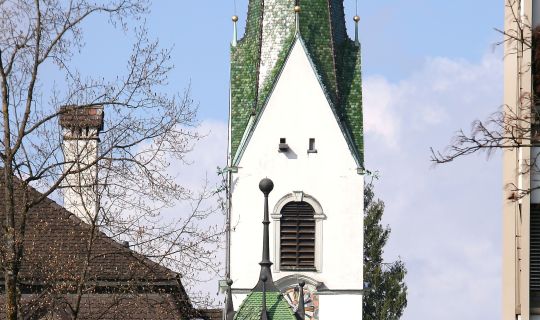 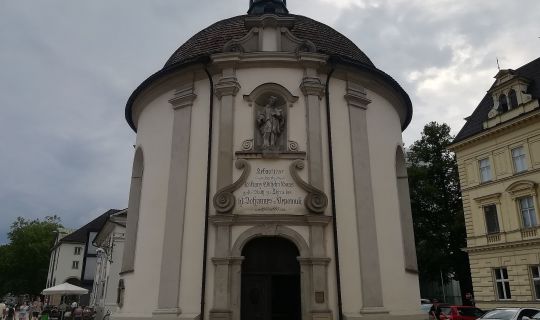